Bagalkot or Bagalkote is a town in the Indian state of Karnataka. Bagalkot is the headquarters for the Bagalkot district. This town is one of the major towns in the northern part of the state. The town is located at 16.1817°N 75.6958°E situated on the bank of the river Ghataprabha. The town has a total population of 112,608 according to the 2011 census. 52% of the total population is male where as 48% of the population is female. The average literacy rate of the town is 70%. 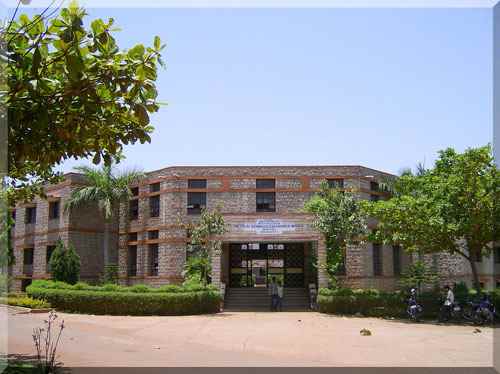 The town was earlier known as Bagadige which was later changed to Bagulikote. Baguli in Kannada means doors which represented the huge doors on the east end of the town. Kote in Kannada means fort which represents the fort on the north-west side of the old town. The town has various known legends and has seen a lot of migrations from various states in our country.

The major source of income for the town is cultivation or agriculture. The town has a lot of fertile black soil which is appropriate for proper cotton cultivation. Around 65% of the population is engaged in the agricultural activities. Along with cultivation of cotton the district town also has cultivation of various pulses like tuvaar daal, gram, mung daal etc.

Bagalkot has a fairly well doing economy. The economy was valued at US$ 5.6 billion. This makes it the 12th largest economy in the state of Karnataka. The approximate per capital income is US$ 360. The GDP trend has been growing at 3% CAGR from 2007-08 to 2012-13. The construction and manufacturing sectors contribute highest to the growing GDP trend.

There are various crops grown on the grounds on the Bagalkot. Most of the chief crops grown include Jowar, Bajra, Ragi, Groundnut, Wheat, Sugarcane and Tobacco. The growth of Jowar crop is encouraged as it can be grown all round the year. This crop is also a major food for most of the population. Apart from the above mentioned crops pulses like tuvaar dal, gram, kulith and mung daal.
Water supply for agricultural purposes comes from the Kendur Reservoir which is 4 miles from the town of Bagalkot. Droughts have been common in the district town. With the droughts there have also been a lot of suicide cases in the tow. The district town has the fifth highest rate of farmer suicides in the state. Government has developed a lot of efficient water management programs to avoid such situations. These techniques have been effective in marginally reducing the repercussions of the drought.

Apart from agriculture a sizeable portion of the town is also engaged in weaving. With cotton being a major crop grown and available in abundance most people are engaged in dying activities as well. This cotton produce has also increased the investments from the industrial sector in our country. Being in a tropical country cotton clothes are most encouraged so is the production of cotton. This only resulted in more employment in the factories set up for separating cotton from its seed. There are various number of factories set up around the town Bagalkot. These not only helped in improving the economy but also increased the migrating population of the town. A new establishment was set up in the west side of the town to accommodate the growing population.


How to reach Bagalkot 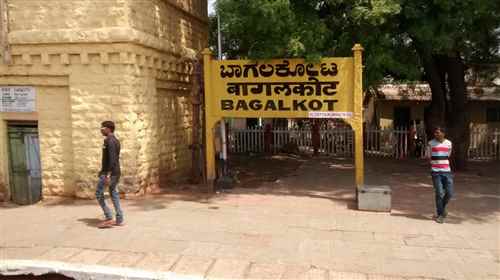 By Road
The town is situated on the NH- 367 which connects it to NH-50 and NH-52. The town is well connected via bus routes and car rentals. There are regular car and bus services available to reach the town.

By Rail
The town also has a well connected railway route. Bagalkot has direct trains to various major cities in India like Hyderabad, Mysore, Bengaluru, Mumbai etc. The train services of the town come under the south-western railway region.

The town is most famous for its Holi-Habba festival. Holi-Habba is the festival of colors which was initially a five day long celebration but was reduced to a three day celebration due to security reasons. He festivals is celebrated to mark the unity in the town between different sections of society living together. The festival is also a great moment of joy for everyone in the town. Apart from this magnificent festival the town also has various other tourist spots. The tourist spots include many ancient temples and excavation sites which have never failed to intrigue the tourists.